Welcome to your one-stop source for real estate services covering Wilton Manors, Fort Lauderdale, and the surrounding neighborhoods in Broward County, Florida. Whether you are thinking of relocating to Wilton Manors or moving out of our Island City, here you will find everything you need to buy or sell a home, as well as learn about the market value of your property.

The City of Wilton Manors is a place where diversity is not tolerated, but embraced.

As a result of the 2010 US Census, the City of Wilton Manors was named the “Second gayest City” in the United States. With a large percentage of the population identifying as gay, lesbian, bisexual or transgender Wilton Manors has been a progressive place to live, work and play for many years. In 2012, and again in subsequent years, Wilton Manors was named by South Florida Gay News (SFGN) as the Best City in its “Best of Competition.”

The City of Wilton Manors has embraced its reputation as a destination for the gay, lesbian, bisexual and transgender community. The City regularly partners with LGBT+ organizations and is home to the Pride Center at Equality Park, Broward County’s gay and lesbian community center. The City is a joint sponsor of the Stonewall Pride Parade and Street Festival that takes place in June in Wilton Manors and attracts approximately 35,000 participants from across the state, country, and globe.

The City has a Liaison to the LGBT+ Community in both the City Manager's Office (community@wiltonmanors.com) and the Wilton Manors Police Department (acarrillo@wmpd.org).

Stonewall Pride Parade and Street Festival is On for 2021

To commemorate the 52nd anniversary of the 1969 Stonewall Riots, the City of Wilton Manors, Florida will host the first Pride event of 2021 in Broward and Miami Dade Counties on Saturday, June 19, 2021. The Stonewall Pride Parade and Street Festival will kick off at 3 p.m. with a street festival which will include live music and vendors followed by a parade at 7 p.m. Businesses, corporations, and nonprofits are all invited to participate in this one-day event that will end at 11 p.m.

Since 2000, people and communities from across the country join together in the City of Wilton Manors to celebrate the tireless efforts of those who helped change the tide of discrimination inflicted on the LGBT+ population. Thousands participate each year in this day-long festival in honor of the Stonewall Riots: a series of violent demonstrations staged by New York City’s gay community on June 27, 1969, after they had grown tired of harassment from the Police Department.

Gay History is Made in Wilton Manors

There has been a strong gay presence on the City Commission since the late 1980s when the City of Wilton Manors had the distinction of electing Broward County’s first openly gay elected official in 1988. By the year 2000, the City of Wilton Manors had made history as having the second gay-majority governing body in the United States. This included a gay Mayor, Vice Mayor and Councilman. History was again made in November 2018 when Wilton Manors became the first city in Florida with an all LGBT+ City Commission - second only to Palm Springs, California.

Same-sex marriage became legal in Florida on January 6, 2015 and Wilton Manors, in partnership with Broward County, commemorated this milestone by hosting the "WE DO!" mass-wedding ceremony at Wilton Manors City Hall on Valentine's Day, February 14, 2015. The ceremony legally recognized the unions of 37 couples, many of whom had been in committed relationships for decades! Every member of the City Commission played a role in this historical event.

A Place to Live, Work and Play

In 1999, the City established its Domestic Partnership Ordinance extending equal benefits to City employees and their domestic partners. This was preceded in 1997 when the City passed an ordinance banning discrimination based on sexual orientation for any communication facility operator in the City.

Additionally, the City of Wilton Manors requires every contract for or on behalf of the City to incorporate an anti-discrimination clause for sexual orientation and gender identity/expression. All vendors with the City must provide proof they do not discriminate. City Hall is a place where the LGBT+ community is embraced whether as a resident utilizing one of our services or as an employee.

The City of Wilton Manors Police Department conducts police training that is geared towards working with the City’s LGBT+ population and has gay and lesbian officers amongst its ranks.

The main business district of the City is centered around the internationally known Wilton Drive. This shopping area boasts many stores and services. Home to over 30 restaurants, lounges and nightclubs, it has become a destination for tourists and locals alike. Consistent with our pedestrian friendly designation, many people specifically look for housing options that are within walking distance to Wilton Drive. Located adjacent to Wilton Drive are a collection of LGBT+friendly bed and breakfast establishments providing visitors instant access to “The Drive” and the unique Wilton Manors hospitality.

While Wilton Drive has a large concentration of LGBT+friendly businesses, one of the most unique qualities of the City of Wilton Manors is that there is no “gay neighborhood” as found in many other LGBT+ friendly cities. Instead, all of the neighborhoods in this two-square mile Island City are diverse and safe for all residents. Many LGBT+ residents take an active role in community leadership serving on neighborhood association boards, City boards and within the many community resources.

We welcome you here!

Our website features the best Wilton Manors real estate search for homes, condos, land and foreclosure properties available. It is the only site you will ever need! It is easy-to-use and updated by the official REALTOR®’s database every 15 minutes.

You can save searches, and get daily email alerts of new listings, price changes, sold data, and market reports. Our Interactive Map Search allows you to view properties on a map or refine your search by drawing the boundaries around the area you desire.

Curious about what’s happening in the Wilton Manors real estate market? Sign up for a Wilton Manors Real Estate Market Report to see what’s active, under contract, and sold!

S’ WONDERFUL! S’ MARVELOUS! S’ WHERE YOU WANT TO BE! Here is your opportunity to purchase this WONDERFUL 2 bed/2bath single family home in highly sought-after Wilton M...

Elevate your luxury lifestyle in this expertly renovated home on the Middle River! An open floor plan with its many windows makes the home feel airy and bright. The kitch...

A rare and wonderful opportunity to own a property that can be rented immediately AND is within walking distance to Wilton Drive. This large 1/1 unit is located in well ...

Nestled in the heart of highly sought-after Wilton Manors Westside, this beautifully appointed home is ready for you to move right in. The split bedroom floor plan has a ...

Do not miss this fabulously renovated Wilton Manors gem just steps from the action on Wilton Drive. With 2 huge master suites at opposite ends of the house and an ample ...

By far one of the most spectacular units in Manor Grove Village Phase IV! This freshly painted 2 bed, 2 bath ground floor condo has views of the canal & upgrades galore: ...

Stunning Wilton Manors water front home! Very large home that could easily be made into a 4/2. One of the bedrooms has it's own private entrance and bath in the event you...

Beautiful Riverfront views and a steady breeze from the moment you park in your large circular driveway to the moment you go to sleep. Enormous outdoor deck and pool for ...

Own at one of the most desirable complexes in Wilton Manors! This Wilton Station townhouse is located on pristine tree lined Village Lane. Light, bright and spacious with... 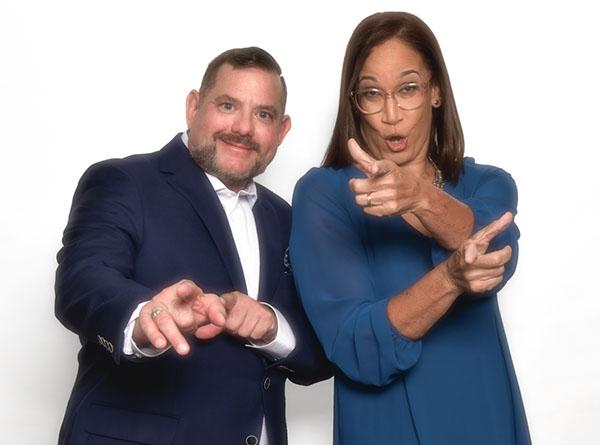